From Sweden to Hollywood with branding the JT Foxx way 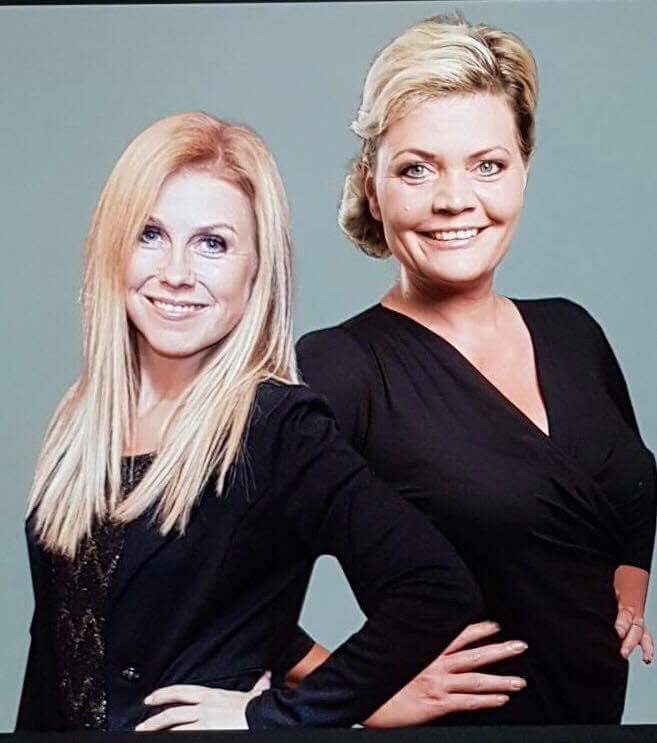 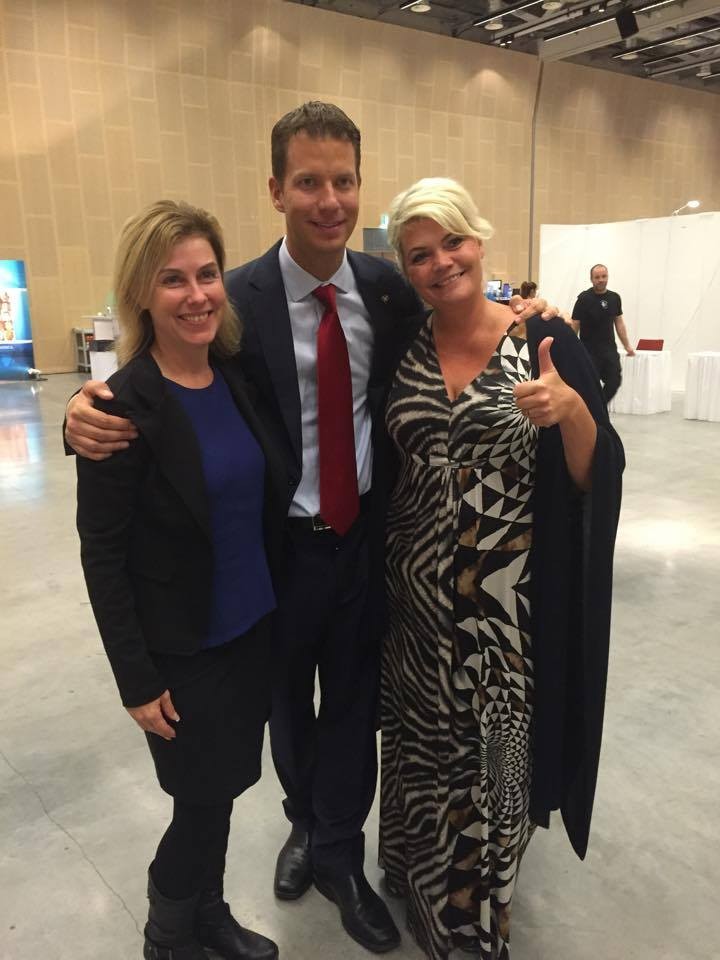 We want to thank JT Foxx for opening up our eyes to the next level of branding and social media. Before we met JT Foxx we had several businesses and passive income streams through different systems. We really felt that we had a good foundation and brand in Sweden, but we wanted more and were very curious about taking the next step out in the world and take our businesses and brands globally - which is what we’re doing now. 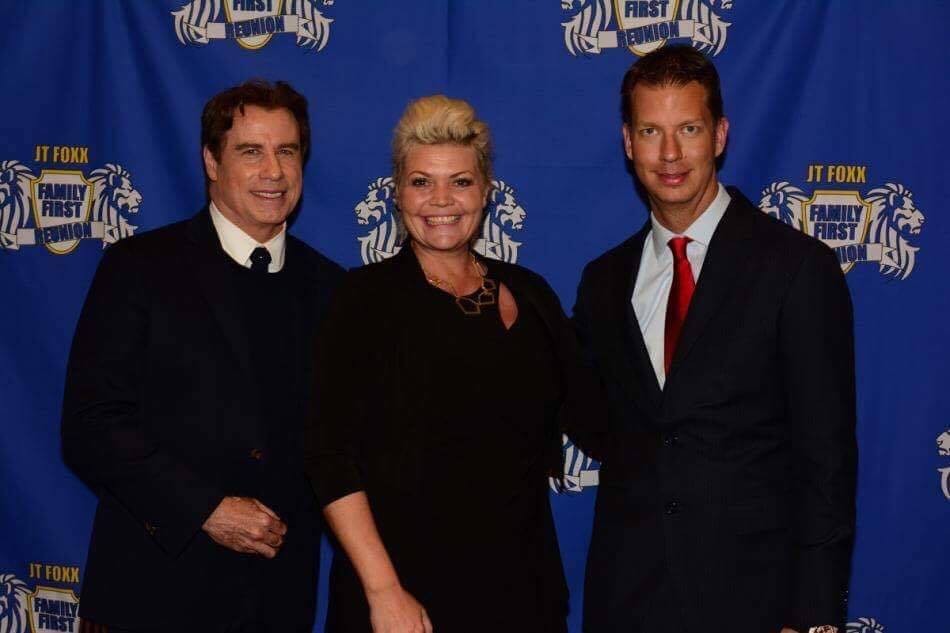 When we first listened to JT Foxx in Stockholm in October 2016 it was love at first sight. We were very excited by the way JT Foxx spoke on stage and the value he gave away in abundance. We just felt that we were home. So we decided to go to the JT Foxx Family Reunion II that took place in Orlando, Florida, in November 2016 and we had some amazing days. We got the chance to met many celebrities and brand ourselves by taking pictures with them. JT Foxx really opened up the door to how we could work our way up to the next level in business through social media which was something completely new to us. 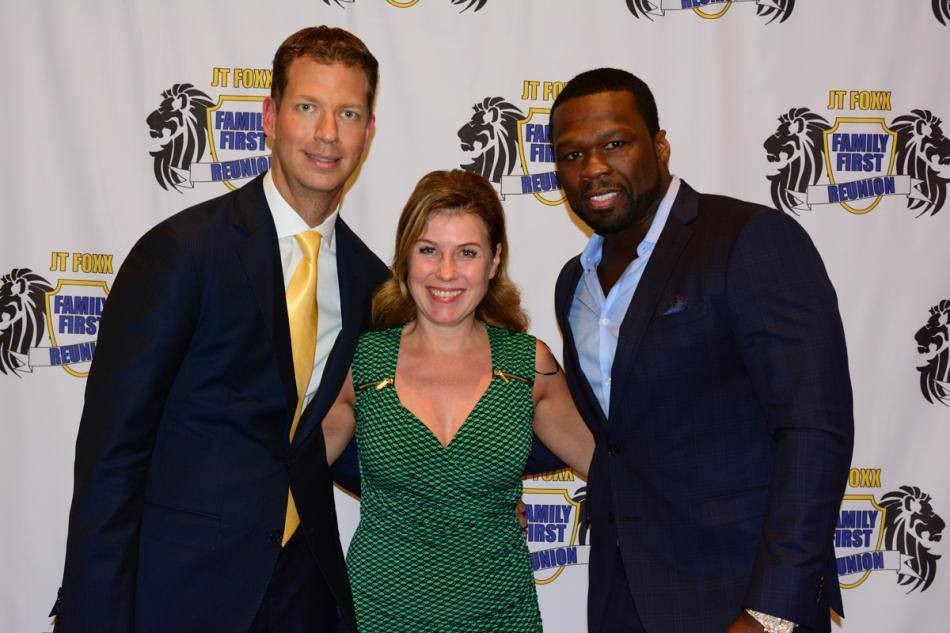 The biggest take away from JT is still the insight he gave us about how you can buy yourself into different deals, stages, movies and so on. Something we would not have known about if it wasn’t for JT Foxx. This resulted in that we took a chance and invested in the movie ”Think - The Legacy” - a movie based on the book ”Think and Grow Rich” by Napoleon Hill. The film team had built the entire project through Crow Founding and to be able to invest in the move we had to apply and be interviewed through several Skype meetings. Something we decided to take action on after the things we have heard from JT about branding. 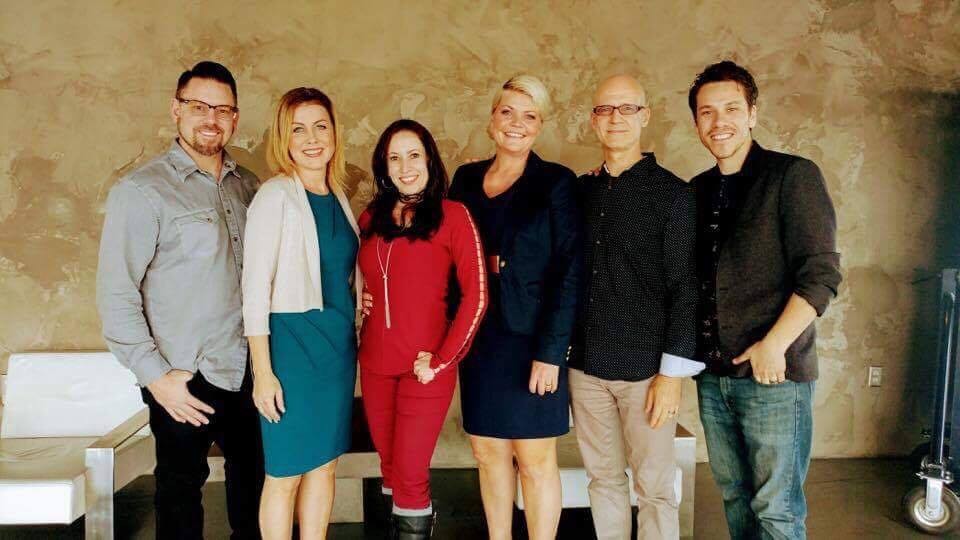 We took the chance, were selected by the film team and went to Hollywood for more interviews on site. This resulted in that we got to participate in the movie where Bob Proctor is one of the main actors along with several other people that want to contribute to the world. In addition to the movie we were also granted access to Bob Proctor’s Mastermind Group and the chance to have the European film premier in Sweden. We visualized that we were going to get the film premier in our home country and recently were notified that we got the deal. 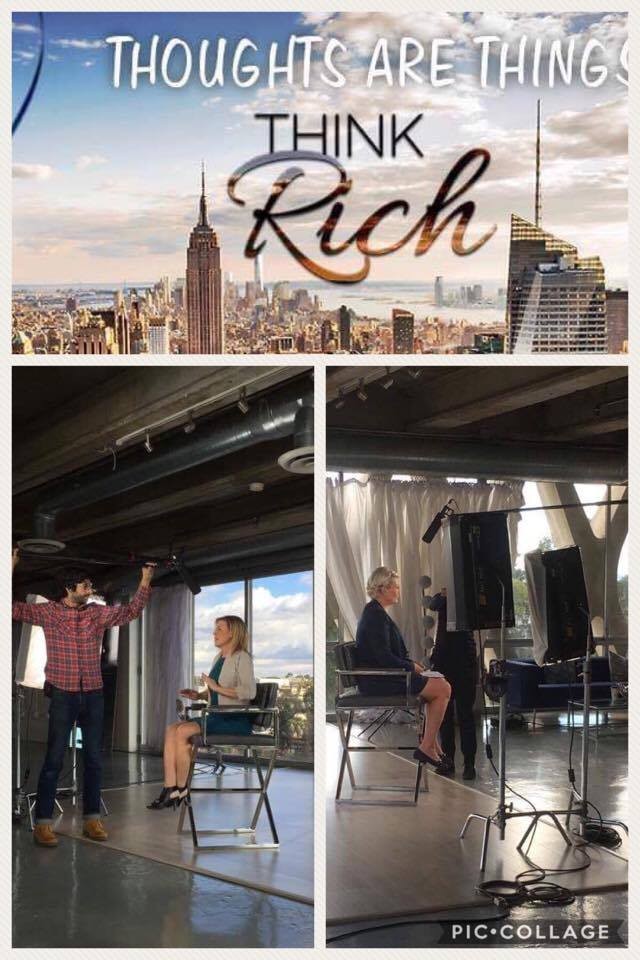 We will of course also take part in the world premiere of the movie that takes place in Hollywood and walk on the red carpet along with the main actors, producers, editors and more. You can only imagine the branding we will get through this. So buying in to this movie has definitely been one of our best investments so far when it comes to getting greater access and influence so that we can contribute to the world in the best possible way.

Today we have an exclusive deal with the film team and we see a really exciting future here. And this is something that will not only benefit us, it’s much bigger than that. Due to confidentiality we can’t tell you more about that in this writing moment, but one thing is for sure. We would not have invested in this deal in the first place if it wasn’t for JT and what he taught us last year. We would not have seen the deal that lay right before us if we hadn’t got the knowledge about branding that JT gave us. So from the bottom of our hearts: Thank you JT for everything you’ve given to us!

We recently just ended ”Conscious Abundance” which is a research based education that we have created together with our partner and scientist Jörgen Tranberg. It has been going on for 6 months with 3 weekends of physical meetings and in between that we had web-based tasks. We had over 450 people participating in the education and we taught them about deliberately creating abundance in life and to follow a structure for a longer time. We have a bigger mission in life where we want to contribute to the world that everything is possible if you only believe that it’s possible, and through this education we got a chance to do so. 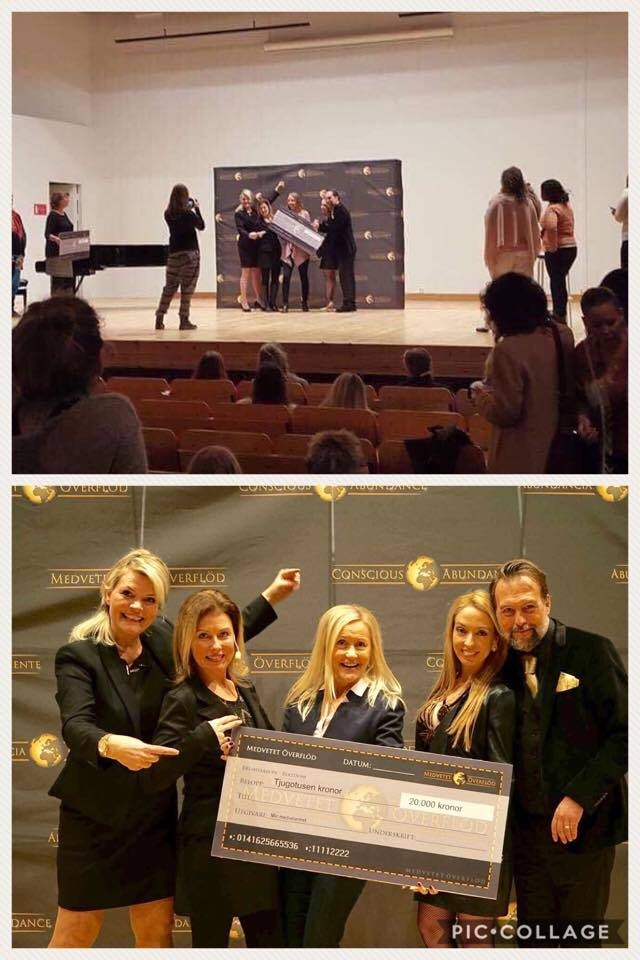 The thing that JT Foxx opened up for us last year was the different ways to do branding. So what we did here was that we created the ”2000 Dollar Game” where everyone took a picture together with us and then in the coming weeks they had to create a least 2000 dollars in their life where it didn’t matter how they did it. They could share and post the pictures on social media to commit to themselves that they were going to take the task seriously and in the same way we got branded. This would never have happened if JT Foxx wouldn’t have taught us the power of branding in a whole new way. This was surely a win win for all of us and we love when it works like that. Another tip we got from JT was to buy a big roll-up with our logo on where people could take pictures. Something that worked just as good with 450 attendees posting pictures all over social media. This has really made a decisive difference in both our and other people’s lives.

At this current moment we’re creating another major event at the fantastic venue Oscar’s Theatre in Stockholm where up to 1000 people can attend. We have invited great speakers, entrepreneurs and investor and we are now creating something really big for the future. All this thanks to JT for showing us the way to open the door for other people to get branded with a win win win mentality.

The secret to all of this is to take action. There are opportunities and business around us all the time and the difference that make the difference is that most people don’t take action. Most people just dream about a future with passive income and more business, better health and more time spent with family - but nothing never happens. Something we want to change. We are now constantly learning from successful people to see how they do before we go out and do the same thing so that we too can make a change and contribute to the world. 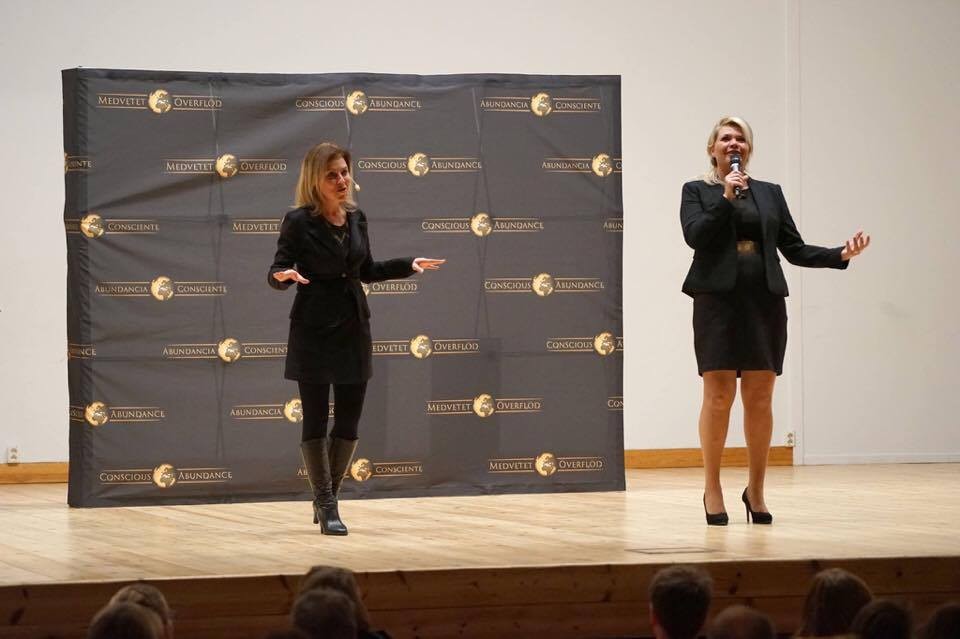 JT Foxx is a role model for us since he is truly following his dreams. He takes massive action towards his vision and he really make sure he is the boss in his own life where he creates it the way he wants it to be. That’s really inspiring and definitely someone we want to follow! Because we believe that the more people who take action to create the life they really want will help us get world peace, which is what we really stand for.

JT - Results is the shit. Thanks 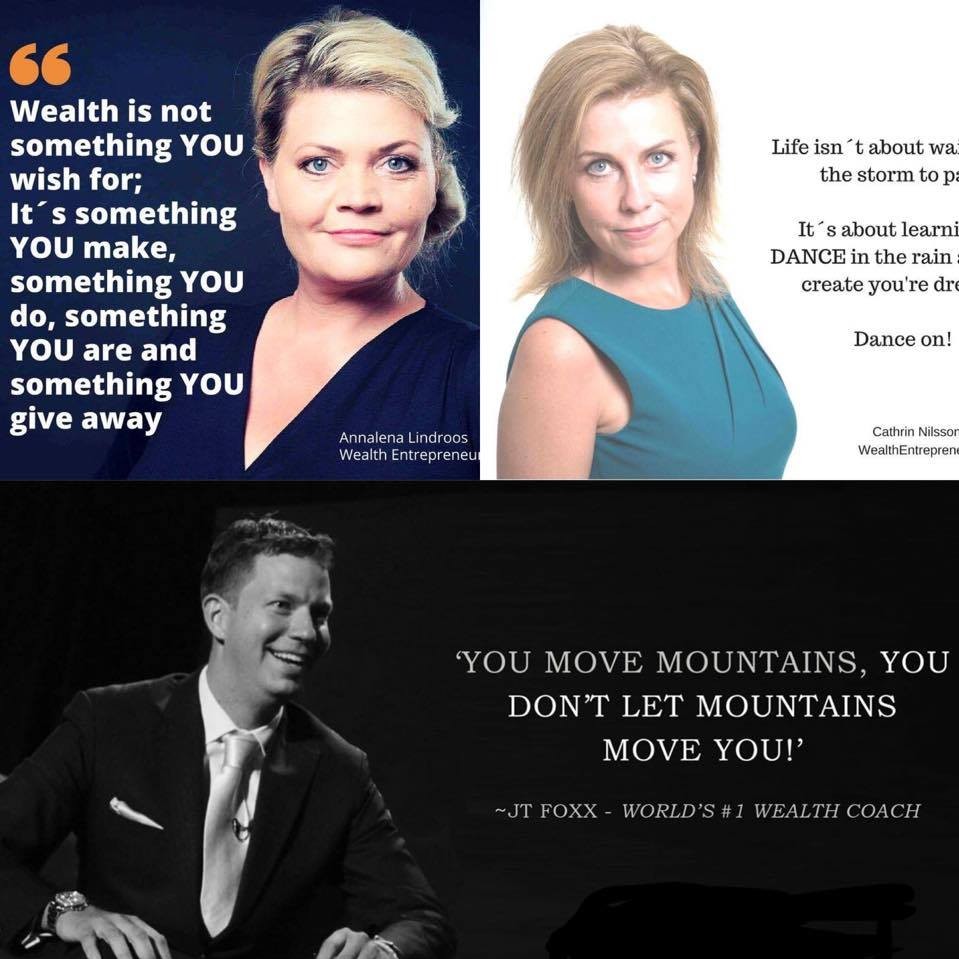